Diana was auxiliary fort located near Danube cataracts 8 km upstream from present day Kladovo. These rapids obstructed navigation and made it extremely dangerous. Within major construction and fortification works in the Iron Gate emperor Trajan dug up a canal near present day village Sip. Troops diverted river and “made entire Danube navigable” as it was mentioned on the imperial tablet discovered near the fort. Diana, station on the cataracts, controlled passage through this canal.

It is established in early 1st century AD, rebuild later by Domicianus, with most important phase from the period of Trajan’s construction of the Sip canal (around 100 AD). It existed throughout antiquity suffering several destructions and reparations. Major works on strengthening fortifications were conducted at the end of 3rd and beginning of 4th century. Eastern gate was walled up and new outer towers built. It suffered severe destruction during Hun invasion. Justinian rebuild fort and strengthened it further. From this period it is known under the name Zanes. Lack of quality troops and reduced garrisons made all these construction works futile. After invasion of Avars and Slavs in 6th century limes never recovered. Diana was abandoned, although Sip canal remained in function for longer time. This provided us with well preserved fortification that has excellent possibilities for presentation, ease of access and basic infrastructure in the vicinity. It is also one of the forts that have the largest area excavated and conserved. The fact that there are no modern buildings over ancient ruins makes it a perspective archaeological park. 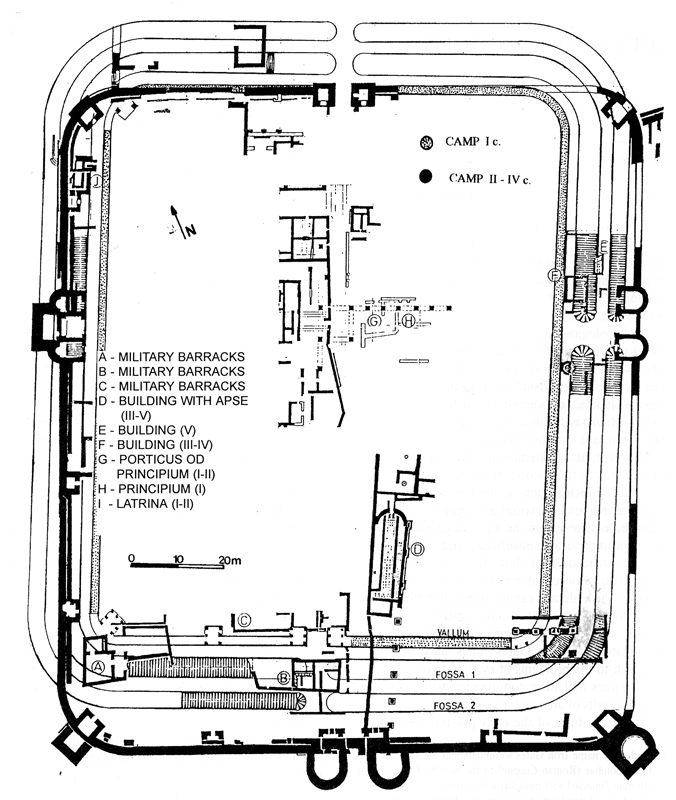 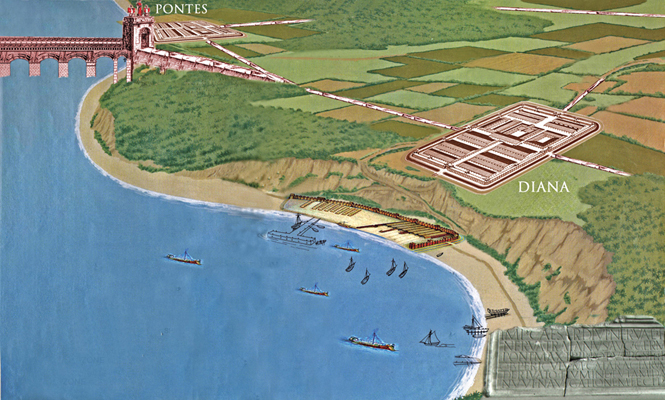